If you know me at all, you know I LOVE mysteries and suspense (with a touch of humor and romance!). So it is with real pleasure that I welcome Carol Heilman back to my blog today. Do check out her books! I'm sure you won't be disappointed. 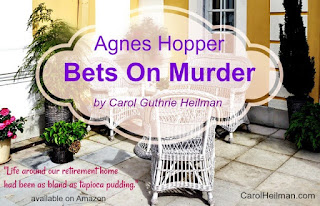 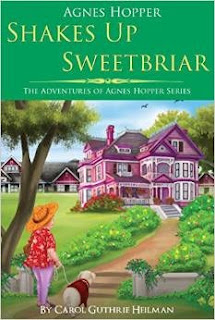 Agnes Hopper Shakes Up Sweetbriar began as a short story that ended when the seventy-plus widow ran away from her retirement home. When the curtain dropped on the final scene, I squirreled the story away. Months later, when I pulled it out and reread it, doubts about the conclusion gnawed at my writer’s gut. Would a feisty, headstrong, outspoken woman such as Agnes escape into the night and never be heard from again? “What if” questions began popping into my mind and would not leave me alone

And so I began a long discussion with Agnes. What if you bumped into an old friend who lived there and then you stayed around long enough to make some new ones? What if you began to realize the administrator of the home ran a tight ship for sinister reasons? Would you care enough to stick around? To become a voice for those who were afraid to speak up? 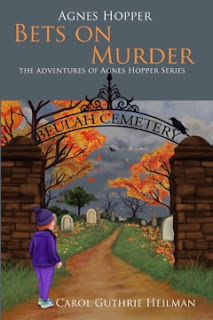 The novel evolved from there. Along the way, Agnes and I fell in love with some quirky characters. Writing Agnes’ story has been an exciting journey. Her second book, Agnes Hopper Bets On Murder, has a release date of April 15th. We are conspiring on her next adventures in book three.

I dearly love the elderly, and that’s a good thing because now I am one. Agnes has a spunky spirit much like my mother’s and the humor often comes from my daddy, who was an Appalachian coal miner. 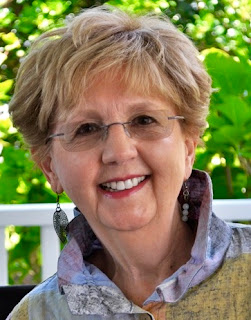 Carol Heilman, a coal miner's daughter, married her high school sweetheart, a farmer's son. She began writing family stories, especially about her dad's Appalachian humor, for newspapers and magazines. One day her mother said, "We don't have any secrets any more!"

Carol's book series, Agnes Hopper Shakes Up Sweetbriar and Agnes Hopper Bets on Murder, was inspired by her mother's spunky spirit and her dad's humor.

She has recently moved, along with her husband of fifty-plus years, from the mountains of NC to Charleston, SC. They love to play cards, go antiquing, hike, and visit grandsons on the east and west coasts

I am reading Agnes Hopper Bets on Murder right now. I am enjoying the story and looking forward to reading more stories by this author. :-)

Thank you Melissa! I appreciate your encouraging words. Working on Book three!