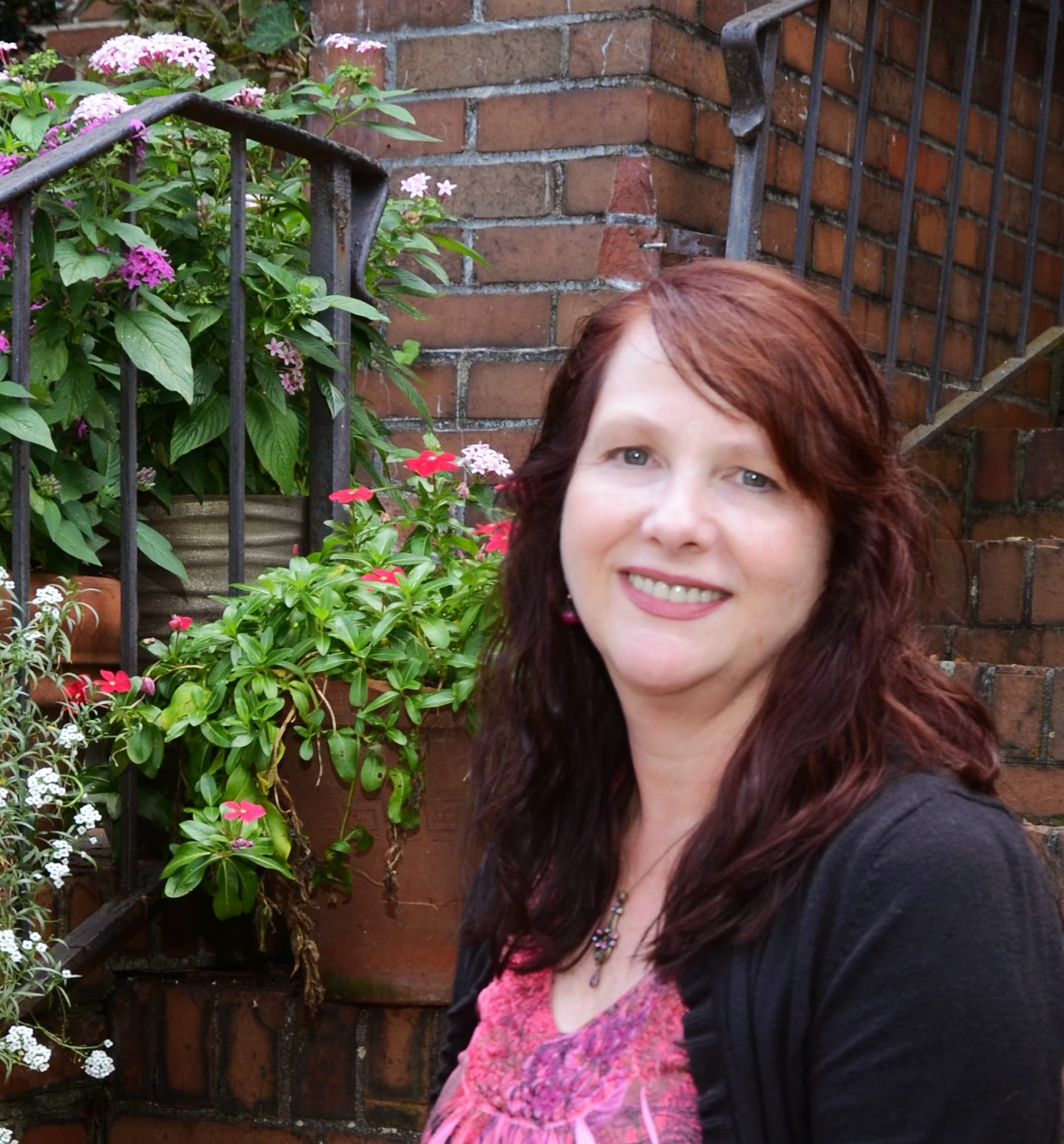 I'm tickled to welcome my friend, Robin, to my blog today! If you love great books, try her's!
Now, let's talk with her for a bit. Robin . . .

How long have you known that you were a writer?  Did you receive a clear “call?” Or have you just loved writing all your life?
I decided I was going to be a writer almost as soon as I learned to read. I loved books so much and couldn’t believe there were lucky people who made a living making up stories! The “calling” part…that’s harder. The road to make a success out of my writing has been so hard and I’ve struggled so much with whether it’s just a selfish desire that I’m praying for God to bless—or whether he has a plan to use it and I need to stick it out through the hard times for him. Wish I could say I have a definitive answer! (This might be a good place to give a plug for a whole blog post I wrote on this subject last week.)


What is the genre you write in?  Would you explain what it is?
Well…I have a nasty habit of combining genres. You never know what I’ll throw into the story next—but at least I keep you guessing and turning the pages! So far though, every story is some form of suspense with a love story thrown in for good measure. They’re all atmospheric and a little bit creepy. My first one, Summer’s Winter, was a romantic suspense about a Georgia college student and her obsession with a movie star. My current one, Jordan’s Shadow, is a little weirder, has more supernatural or fantasy elements, but is still a fun creepy suspense. I think my tagline, “Mind-bending mystery…love beyond the boundaries space and time,” sums it up nicely.


How do you spend your writing days?  Do you set goals to reach a certain number of words per day?  Can you give us a general idea of how long it takes you to write a novel?
I have absolutely no writing routine. I work full time and I’ve been one of the main care-givers for elderly parents for the last few years, and I just grab time when I can. So all of my novels have been multi-year projects. But I’m like the tortoise in the race. I keep plodding along. I keep working whenever I can snatch a few minutes or a couple of hours until I finish a project. Another complication these days is that, since I’ve published, I feel I could spend hours a day marketing and not have done enough. I’m not very good at focusing on writing and marketing at the same time. This summer, I’m planning on scaling back the marketing so I can try to write the sequel to Summer’s Winter.


What is the spiritual message in your latest book?  What can readers expect to get from reading it?
First of all, I hope to give readers—skeptics, seekers, and Christians alike—a sense of the awe and wonder of God, of his majesty and eternity. I hope to do that with all my books, but the supernatural and fantasy elements of Jordan’s Shadow emphasize that. Also in this story, the matriarch of the family is a pragmatist who thinks that messing with supernatural foolishness is dangerous—psychologically, financially, whatever. And that supernatural nonsense includes the church. She forbids her family to have anything to do with such rubbish, but tragically learns about the “God-shaped vacuum” in all of us when she sees the effect her prohibition has on her family.


Where do you get ideas?  Character names?  Do you find your characters similar to you in any way?
Normally, characters occur to me first, and I start building situations and plot around the characters. Jeanine in Summer’s Winter is probably most like me—although she’s an idealized version of me. She’s what I wanted to be like when I was younger.

Jordan’s Shadow is the only book I’ve written that started with a premise.. I was thinking how parents start out with a baby, and they know nothing about what that infant will eventually become. Really, not even what she will look like when she grows up. Being the weird writer that I am, that got me thinking…what if the 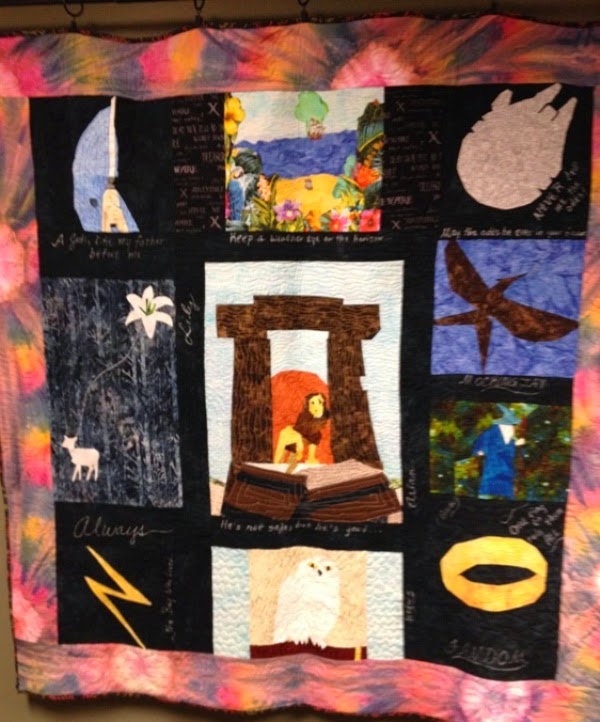 mother saw her baby growing up and becoming more and more like someone she knew in the past? Someone she hated? Someone who had been dead for years. The premise was such spooky fun I couldn’t let it go, but I had no real plot and characters. That all took me years to build and was really difficult.


Do you have hobbies, special interests?
I have so many hobbies and special interests that I’m constantly frustrated by my lack of free time. I love knitting and quilting and lots of other kinds of sewing. I’m also interested in a lot of geeky stuff like Star Wars (thrilled there’s a new movie coming out!) and Harry Potter and Hunger Games. Lately I’ve been combining my sewing and quilting and geekiness. I’m attaching a picture of my multi-fandom quilt.

The Crosby family has a frightening problem. Is it psychological? Supernatural? Or something entirely unexpected?

In 1984, seventeen-year-old Rose and her fiancé discover an injured girl with no memory. The girl, Jordan, is in Rose’s life for a brief time but leaves her world shattered.

Twenty-five years later, Rose Crosby’s daughter Ginny can’t understand why her relationship with her mother has fallen apart. Ginny could swear that Rose is terrified of her lately.

Then one awful day, Ginny overhears Rose confessing that she truly is terrified of Ginny—because to her, every day Ginny grows more and more and more like Jordan, the girl who's been dead many years. In fact, she swears that somehow, Ginny is turning into Jordan. 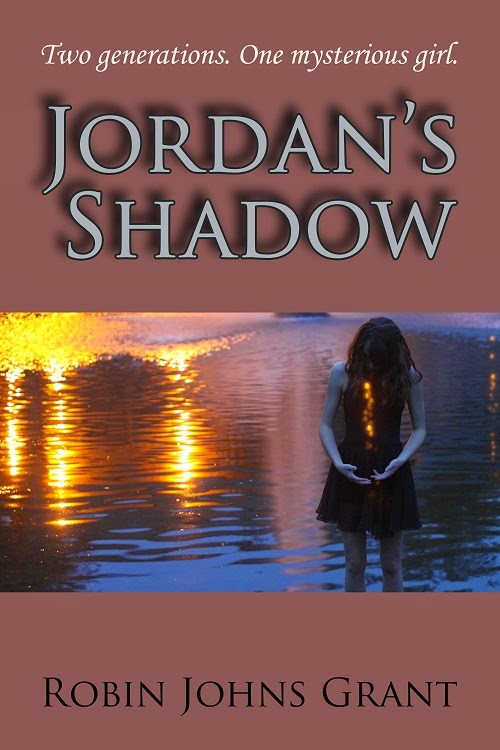 Is Ginny’s mom insane? Is there a ghost in their house, threatening to possess Ginny? Or is the demon in Rose's past, forcing her to confront what happened on that horrible day in 1984 when Jordan was killed?

As a new girl in a small town, Ginny doesn’t have much of a support system. Her old girlfriends from Atlanta have drifted away, and the only friends she’s made are, strangely enough, guys. Alec Matthews is gorgeous, but is he really interested in Ginny’s well-being? And then there’s Max Ferguson, the recently-born-again science nerd. He’s definitely on Ginny’s side, but is he a little too strange?

Strengthened by a deepening relationship with one of these two, Ginny undertakes a mind-bending journey of discovery—discovery about faith, eternity, and love beyond the boundaries of space and time. She will put to rest a mystery that has haunted her family for two generations—if she can survive.

ABOUT ROBIN:
Robin Johns Grant published her first novel, Summer’s Winter, in 2014, and her second suspense novel, Jordan’s Shadow, has just been released. Summer's Winter won a bronze medal in the Romance - Suspense category of the International Readers' Favorite Book Awards, and Robin was named 2014 Author of the Year by the Georgia Association of College Stores.

Family and friends are happy that Robin’s imagination is finally paying off. She’s always had way too much of it. She started making up stories before she could write them down (dictating them to her mother) and always had her head in the clouds. She was obsessed with books and movies like Harry Potter and Star Wars and did a lot of crazy fan stuff, which helped her dream up Jeanine and Jamie’s story for Summer's Winter. It’s a romantic suspense novel, but as John Granger (author of The Deathly Hallows Lectures) said, it’s also “a romance-thriller about fandoms…and explores the important intersection of literature, spirituality, and imagination.”

As a Christian, Robin can’t help but explore spirituality in her writing, but wants to do so in a way that reflects the awe and wonder of God and eternity.

With a degree in English, several non-fulfilling jobs under her belt, and a mid-life crisis coming on, Robin returned to school and earned a master's degree in library and information science. She now has her best day job ever as a college librarian, which keeps her young by allowing her to hang out with students.

With her wonderful husband Dave and formerly feral felines Mini Pearl and Luna, Robin lives in Georgia.  She is also surprised to find herself part owner of a pit bull named Pete, who showed up as a starving stray puppy at her mother's house.

Thanks so much for having me, Carole. You ask great questions!

Sunday Morning Sunshine: He is Risen! 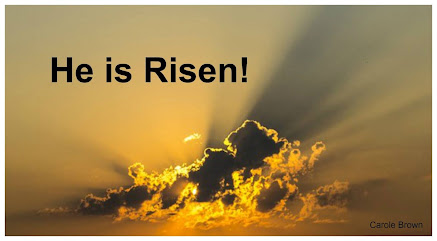