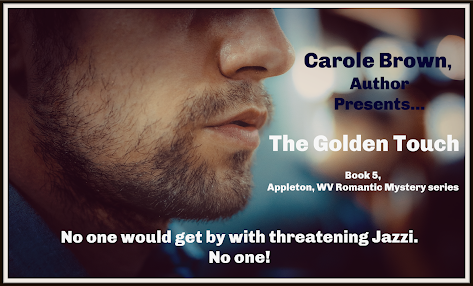 Ryle Sadler stared down at the financial statement lying on his desk. His investment firm had just sent him another record of overwhelming success. Time to sell his share in this stock.

Ryle came from the poor side of the tracks, but that had no bearing on his success in life—which he kept hidden from everyone, especially those in Appleton, West Virginia. But when he buys the local, rundown bed and breakfast, mysterious revelations from beneath the site are suddenly threatening to ruin his good standing with the citizens.

Then along comes Jazzi Sanderson. Jazzi has a reputation for being wild, but Ryle sees more than is on the top layer of this woman. Beneath that tough, wild streak lurks a woman who wants to be loved by the right person, a woman who is tender-hearted and who is just finding out that God is real.

Is Ryle and Jazzi's worlds too far apart or can their differences help them solve the mystery that lies beneath Ryle's bed and breakfast? Will the evil person behind it all be able to silence them, or can Ryle's golden touch prevail in this too?

Ryle and Jazzi sound like an interesting couple! Congratulations on your new book! 💕

This sounds like the kind of book I really like. A little romance, a little mystery, and subtle suggestions of a Higher Being, the Lord.

Thank you, Gail and Teddi! Hope you get a chance to check out Jazzi and Ryle's complex story. And thanks for stopping by!

Serious Wednesday: How We All Met

How We All Met How hubby and I met, and how Ryle and Jazzi met couldn't be farther apart. For hubby and I... I was a church girl and h... 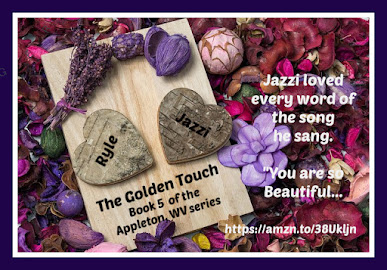